A LEADING York singer has composed a new Christmas song for one of the city’s landmark festive celebrations.

Steve Cassidy has penned Here Comes The Snow for this year’s Carols at York Barbican, the annual concert that has kicked off York’s Christmas every year for more than six decades.

He said: “There are so many great Christmas songs apart from carols but I wanted to write a winter song.

“We’re all secretly thrilled when we first see snow on the ground – and if we’re not, we’re getting too old!”

Steve will perform his new composition at the concert alongside the male group choir Spirit of Harmony and choirs from Poppleton Road Primary, Tang Hall Primary and All Saints RC School.

The song, set to be a highlight of this year’s event, was unveiled as The Press announced that it has nominated York Against Cancer to benefit from the concert alongside the Lord Mayor’s Christmas Cheer Fund.

“There are lots of great good causes in York so we’re really touched that The Press has chosen us as its nominated charity this year,” said Julie. “It means a lot to us.”

Stuart said: “This is one of the most popular events of the festive season for York and The Press has always been pleased and proud to support it.

Cancer and all the brilliant things it does to help people in the area.”

Fewer than 200 tickets remain to be sold for this year’s Carols at York Barbican.

“With still four weeks to go we are definitely on course for a super sell-out.”

Limited numbers of tickets for Carols at York Barbican are still available at the York Barbican box office or by visiting the website www.yorkbarbican.co.uk 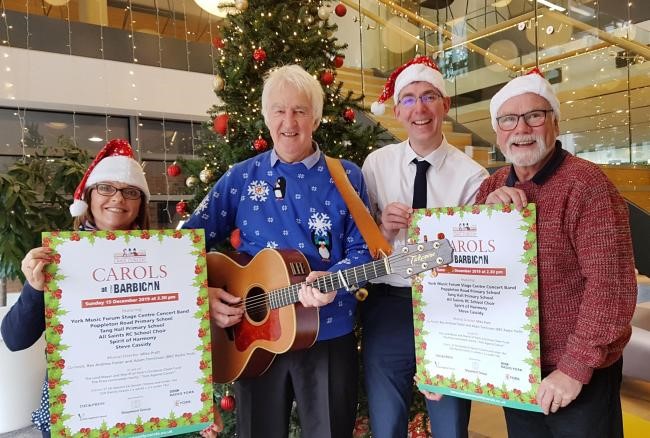 Tickets still not on sale

Due to HM Government restrictions Carol Concert tickets still not…