York’s Annual Community Carol Concert, which was to take place at York Barbican this December, has been cancelled due to the restrictions in place because of the ongoing Coronavirus pandemic.

The popular Christmas event has sold out regularly over the years, and for many in the region it marks the beginning of the festive season. The Carol Concert will return to the York Barbican on Sunday 12 December 2021.

Graham Bradbury, organising secretary of the Carol Concert said, “It is both an unfortunate and disappointing decision we have had to make, but the safety and welfare of our performers and audience are of paramount concern. We look forward to returning next year with the same choirs and band who should have appeared this Christmas.” 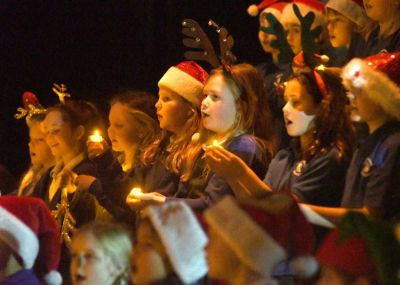 The organisers are hopeful that a “virtual” Carol Concert will be broadcast on BBC Radio York over the Christmas period, using archive recordings from previous concerts, but also new material from those who should have been performing this December.

“This is the first time in 62 years we have had to cancel a Carol Concert, but we would like to bring some festive cheer to our regular supporters and also to the rest of the York community in what has been a very difficult year. Christmas is a time for celebration, and we would like to help in bringing some happiness and hope to everyone” added Mr Bradbury.

Those who should have featured this year:

Latest news on the Coronavirus pandemic