ORGANISERS of York’s Community Carol Concert in 2019 have finally been able to present the £6,700 raised to several local charities and good causes.

The presentation came after the 2020 concert at York Barbican had to be cancelled but with organiser Graham Bradbury saying he was ‘very hopeful’ this year’s event could go ahead in December.

He said that because of lockdown and other Covid restrictions, it had not been convenient to have a suitable presentation over the last 17 months.

But recently, at the new York Against Cancer offices at Monks Cross, the Lord Mayor of York, Cllr Janet Looker, had received £2,500 towards the Lord Mayor and Sheriff of York’s Christmas Cheer Fund,” he said.

“Representatives from York Hospital Radio received £1,000, York Against Cancer received £2,500 and the York Normandy Veterans Window Appeal received £500.Two smaller donations of £100 each were given to Yorkshire Air Ambulance and St Leonard’s Hospice.” 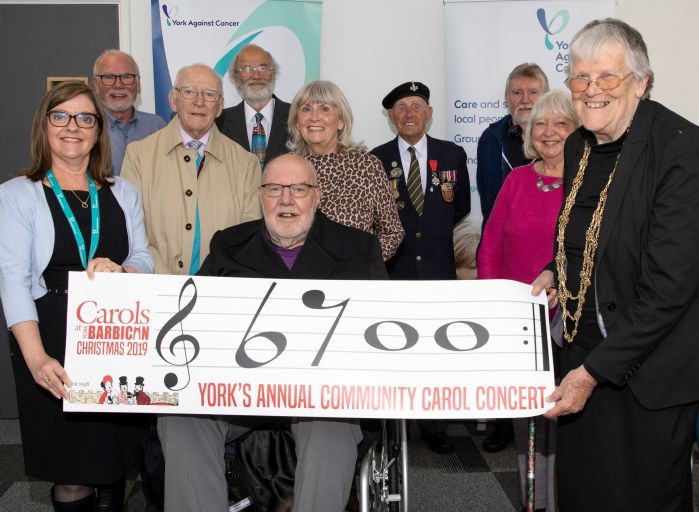 Organisers were now working closely with York Barbican and very hopeful this year’s concert would go ahead at 2pm on Sunday December 12.

“Dependent on government guidelines, tickets will go on sale in September at the Barbican box office,” he added.