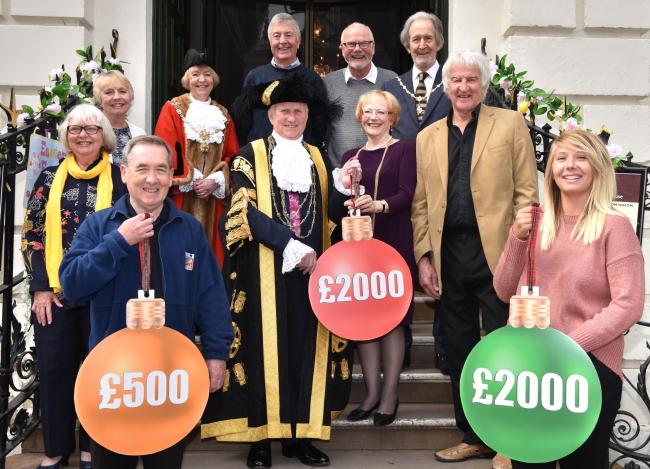 Local charities have benefitted from an annual fundraising concert.

The organisers of York's Annual Community Carol Concert were delighted to present volunteers with the proceeds from December's sell-out event at York Barbican.

The Lord Mayor and Sheriff of York's Christmas Cheer Fund received £2,000 towards hosting festive lunches for 400 elderly residents. The Press nominated charity “The Island” also benefitted from a £2,000 donation towards their mentoring service for vulnerable children while York Hospital Radio, long-time supporters of the concert, received £500.

Graham Bradbury, secretary for the carol concert group, said: “We are always delighted to be able to support local charities and help with the work they do in the community.”

This year's concert will be held on Sunday 15 December at 2.30 pm with tickets on sale at York Barbican from Monday 1 July.