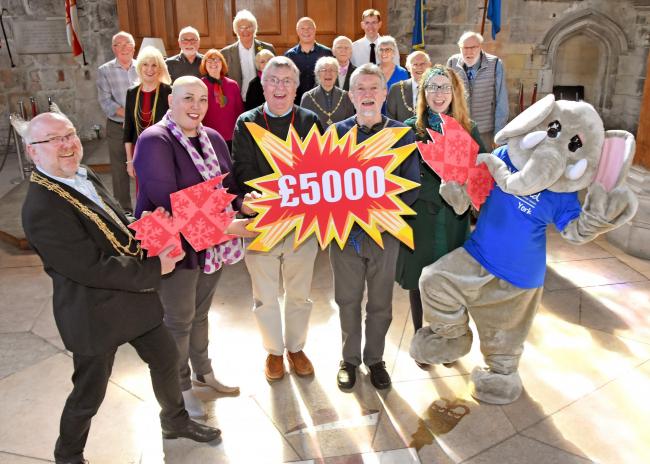 The Lord Mayor of York’s Christmas Cheer Fund and York Mind (The Press designated charity) each received £2000 with York Hospital Radio receiving £500. Another £500 was donated to committee member, Anne Platt’s, “charity head shave” to be shared between York Against Cancer and St Leonard’s Hospice.

This year, the Carol Concert’s 60th Anniversary and Diamond Jubilee, will see chairman, John Warburton, stand down from his role as musical director and hand over his baton to Mike Pratt, who has been his assistant for the last three concerts.

Mr Warburton expressed his great honour, joy and delight to have led the concert over many years, and gave his thanks for the priviledge of doing so.

Organising Secretary, Graham Bradbury, said, “John has given outstanding service not only to the Community Carol Concert but also to the whole music scene in our city – John has said he wants to go out with a bang and as a committee we intend to make sure he is not disappointed.”

The line-up for the Carol Concert is nearing completion and will be announced very shortly with tickets going on sale at the York Barbican Box Office on Monday 3 July.