We will update later when tickets for the next York Community Carol Concert will be available on-line.

In aid of the Lord Mayor and Sheriff of York’s Christmas Cheer Fund and The Press nominated charity for 2022 (Martin House Children's Hospice) – tickets will cost £8 adults, £6 senior citizens and under 14s and a £25 family ticket (2 adults + 2 under 14s).

Don’t forget to book your seat for this special community festive event.

*At present the York Barbican Box Office is closed until further notice for any in person queries. We will keep customers updated on the situation. 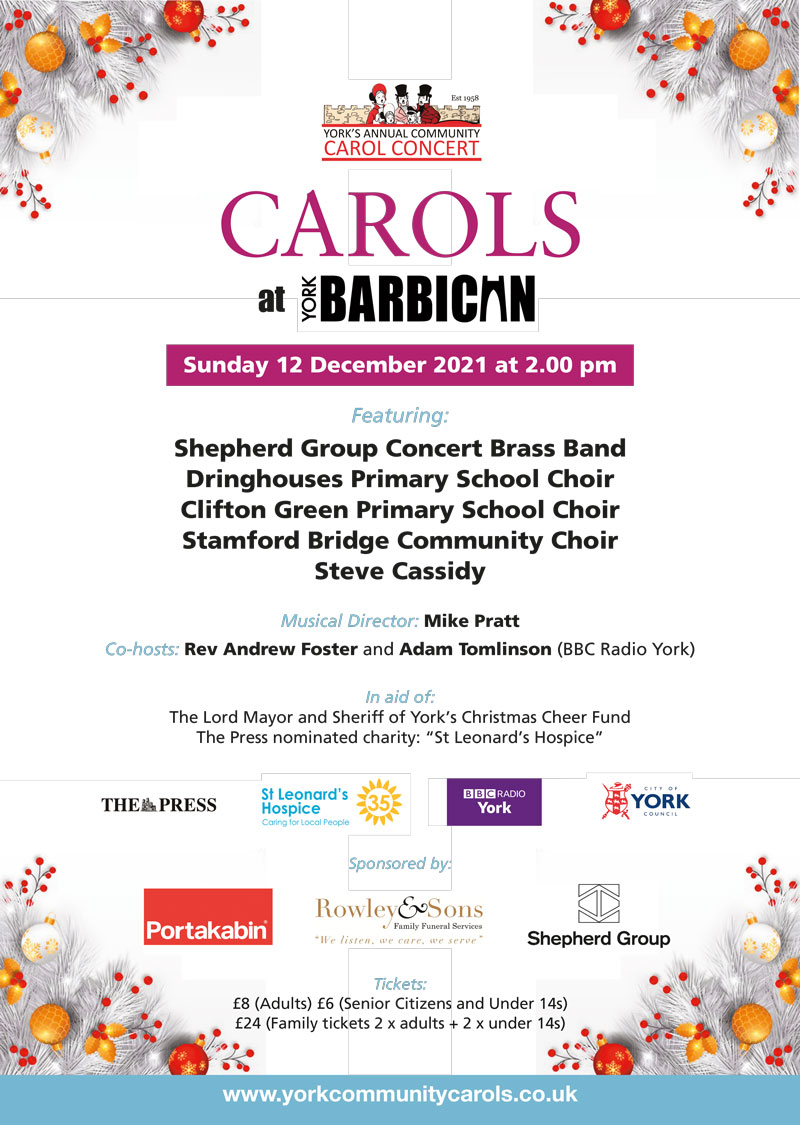 This long established, popular, family Carol Concert will again be…